ROCKVILLE, Md. (July 13, 2017) – Choice Hotels International, Inc., (NYSE:CHH) today announced that its Board of Directors appointed Patrick Pacious as President and Chief Executive Officer, effective January 1, 2018. Pacious currently serves as President and Chief Operating Officer, and will succeed Chief Executive Officer Stephen Joyce. Joyce will continue in his role as CEO through the end of the year, after which he will assume the role of Vice Chairman of the Board. Pacious is expected to join the Board of Directors in September.

The appointment of Pacious as President and CEO is the culmination of a thoughtful, deliberate, long-term succession planning process, focused on maintaining leadership continuity, while driving new ideas that result in continued positive business growth now and into the future. Over the past several years, Joyce has collaborated with the Board of Directors to identify and prepare his successor. The Board and Joyce identified Pacious as the right person to lead Choice into the future.

“Under Steve’s tenure as CEO, Choice Hotels has grown stronger. We are grateful for Steve’s leadership, passion for talent development, and his legacy of innovation and growth over the better part of a decade,” said Stewart Bainum, Jr., Chairman of the Board of Directors. “When Steve joined Choice as CEO, he was immediately impressed with Pat’s strengths and talents, and by enhancing Pat’s roles over the years, Steve ensured that Pat is the clear choice to succeed him.Pat demonstrates exceptional vision, and has spearheaded innovations that cement our position as a hospitality and technology leader and pioneer, while further strengthening our strategic differentiation and our core values.”

Pacious joined Choice in 2005 and has created significant value for shareholders and franchisees. Under Pacious’ direction, Choice built industry-leading global technology platforms that resulted in improved profitability and efficiencies for the company’s franchised hotel owners. He has led strategies and innovative growth initiatives around brand, marketing, development, franchise services, revenue management and performance analytics. This includes the company’s significant growth in the upscale segment with both Cambria Hotels and The Ascend Hotel Collection, as well as the successful transformation of the Comfort Brand. During his successful tenure at Choice Hotels, Pacious has held roles of increasing responsibility, was appointed Chief Operating Officer in January 2014 and additionally became President in May 2016. Previously, he held senior management consulting positions with BearingPoint and Arthur Andersen, during which time he was engaged on several projects for Choice, and is a formerU.S. Navyofficer.

“Choice is in a great position with an amazing leadership team, and I am proud of the outstanding achievements that we have accomplished during my tenure. I expect the company will continue to lead the industry with innovations and technology with Pat as CEO,” Joyce stated. “Pat is a natural leader, and I fully endorse the Board’s decision to appoint him to the helm of Choice Hotels at this time. We have worked closely together since I joined the company in 2008. I believe his strategic thinking and vision will continue to drive growth and profitability for the company. Our shareholders, franchisees, developers, partners and associates are in good hands.”

Bainum added, “In essence, we have two executives at the top of their games, one who is agreeing to stay on the board as Vice Chairman, and another stepping in to take the reins of the company. As a result, Choice benefits from a deliberate and well-executed long-term succession planning strategy coming to fruition.”

“This is an exciting time at Choice.We have a strong performance-based culture that focuses on agility and speed, creating momentum and opportunity for the company, franchisees, associates and shareholders. I am honored by the confidence that the Board and Steve have placed in me, and I look forward to strengthening Choice Hotels’ position as an industry leader,” said Pacious. “Business is strong. Our upper midscale and midscale brands – Comfort and Sleep Inn – are experiencing their strongest growth in recent history. We have solidified our place in the upscale market with Cambria Hotels and The Ascend Hotel Collection. Most importantly, we remain focused on embracing digital disruption and creating innovative technology solutions that improve our franchisees’ return on investment, expand our customer reach, and serve the broader industry.”

Choice Hotels International, Inc. (NYSE: CHH) is one of the world's largest lodging companies. With more than 6,500 hotels franchised in more than 40 countries and territories, Choice Hotels International represents more than 500,000 rooms around the globe. As of March 31, 2017, 795 hotels were in our development pipeline. Our company's Ascend Hotel Collection™, Cambria™ hotels & suites, Comfort Inn™, Comfort Suites™, Sleep Inn™, Quality™, Clarion™, MainStay Suites™, Suburban Extended Stay Hotel™, Econo Lodge™, Rodeway Inn™, and Vacation Rentals by Choice Hotels™ brands provide a spectrum of lodging choices to meet guests' needs. With more than 31 million members and counting, our Choice Privileges™ rewards program enhances every trip a guest takes, with benefits ranging from instant, every day rewards to exceptional experiences, starting right when they join. All hotels and vacation rentals are independently owned and operated. Visit us at www.ChoiceHotels.com for more information. 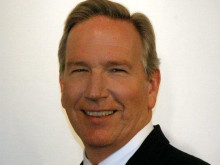 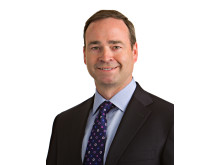